This week is World Meat Free Week (17th-21st June). In the UK a third of consumers have reduced or eliminated meat from their diet and are now vegan, vegetarian or flexitarian, citing animal welfare, environmental and health benefits as their main motivators. Whatever your motivation, reducing your meat consumption and/or moving towards a plant-based diet is definitely a positive step.

In the UK, the average person eats 219g, or about 2-3 portions of meat per day. This is the same as over 7kg of CO2 equivalent. In a year this amounts to the same emissions as a return flight from London to Vancouver!

Globally, food production contributes 20-30% of GHG emissions, with agricultural production being by far the biggest producer (24% of all human-caused emissions). Meat from farmed animals is the most intensive, followed by other animals (fish and crustaceans), then animal products, like eggs and milk. Although plant-based foods too can carry an environmental toll – through long distance transport, for example – they are by far the smallest food contributor. So by eating plant-based your conscience can be (relatively) clear! 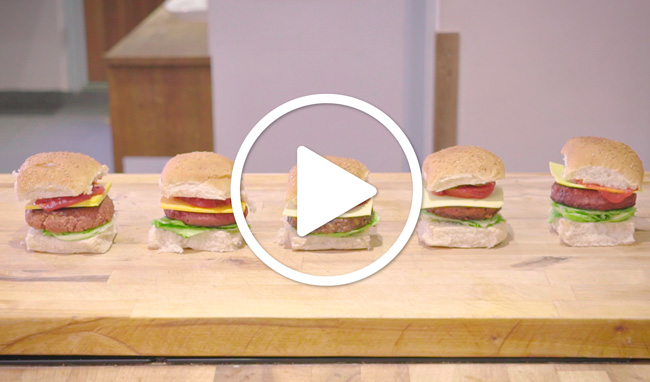 Not only a GHG source, agriculture is a primary driver of deforestation – since pasture is created and arable land is used to meet the demand for animal feed – as well as water scarcity (agriculture uses more freshwater than any other human activity) and soil erosion.

Cutting down or eliminating meat from your diet really does have a huge impact for the environment, but that’s not all. Your health too can benefit and, of course, a reduction in demand for meat means less animals suffering on farms.

Recent research suggests that long term consumption of red meat (particularly if it’s processed) is associated with heart disease, certain types of cancer and type 2 diabetes.  The World Health Organisation’s International Agency for Research on Cancer (IARC) has even classified processed meat as carcinogenic to humans, with red meat classified as ‘probably carcinogenic’. In fact, diets high in red meat could be responsible for 50,000 cancer deaths per year worldwide.

Several studies have found a significantly lower risk of heart disease, stroke, type 2 diabetes, and general mortality for those consuming protein from plant sources, such as nuts, pulses, and whole grains. Transitioning from a high meat diet to a more plant-based diet might even reduce global mortality rates by 6 to 10%. Meat-eaters are also three times more likely to be obese than vegetarians, and nine times more likely than vegans, with veggies and vegans generally having a faster metabolism than meat-eaters!

Meat is also a potential source of various food borne infections. Not only that, antibiotics are widely used non-therapeutically in meat production to prevent disease outbreak (which can spread quickly in overcrowded conditions) and promote growth amongst the farmed animals. There is serious concern that, due to this, antibiotic resistance is building in humans, posing a potentially major public health crisis.

So, whether you’re choosing the veggie option once, twice or every day this World Meat Free Week, take heart that you’re also choosing to mitigate climate change, prolong your life and spare animals from suffering – a vegetarian in the UK saves 175 animals every year!

World Meat Free Week has plenty of meat-free meals on their website to inspire you, and you can also check out our favourite meat-free burgers in the video above. Give them a try next time you visit the supermarket and tell us your favourites in the comments!